Bendy and the ink machine Voice(part1) 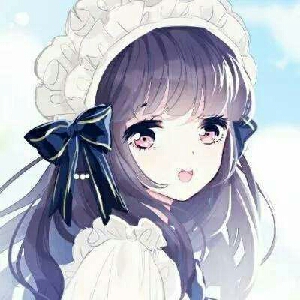 At this point,I don't get what Joey's pian is for this company.The animations sure are't being finished on time anymore.And I certainly don't see why we need this machine.It's noisy.it's messy.And who needs that much ink anyway?

Also,get this,Joey had each one of us donate something from our work station.We put the on these little pedestals in the break room.To help appease the gods,Joes says.Keep things going.

But I tell you what,if one more of these pipes burst,I'm out of here.

It's dark and it's cold and it's stuck in behind every single wall now.In some place,I swear this godforsaken ink is clear up to my knees Who everthough that these crummy pipes could hold up under this kind of strain either knows something about pressure I don't,or he's some kind of idiot.

You can bet,I won't be doing any more repair jobs for Mister Joey Drew.

He appears from the shadows to rain his sweet blessings upon me.The sigure of ink that shines in the darkness.I see you,my savior.I pray you hear me.

Those old songs,yes I still sing them.For I know you are coming to save me.And I will  be swept into your final loving embrace.

Every day the same strange thing happens,I'll be up here in my booth,the band will be swinging,and suddenly Sammy Lawrence just comes marching in and shuts the whole thing down.Tell us all to wait in the hal.

Then I hear him.He starts up my projector,and he dashes from the projector booth and down to the recording studio like the little devil himself was chasing behind.

I have half a mind to talk to Mr.Drew about all this.But then again,I have to admit.Mr.Drew has his own peculiarities.

So I go to get my dust pan from the hall closet the other day and guess what?I can't find my stupid key's.It's like they disappeared into thin air or something.

All I can think of is that they must have fallen into one of the garbage cans as I work making my rounds last week.

I just hope nobody tells Sammy.Because if he finds out I lost my keys again,I'm out of here.