分享一篇我的英文小论文：What are the ways to reduce high drug prices? 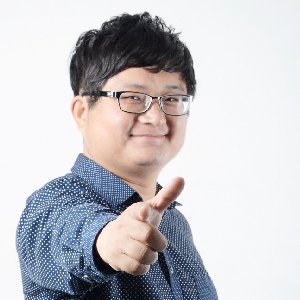 What are the ways to reduce high drug prices?

Nowadays, every government is struggling with high drug costs. For example, in developing countries, drug costs account for 20-60% of healthcare costs, and about 90% of the population pay out-of-pocket.  Developed countries are not exceptional. It is reported that, in 2017, the US spent $333 billion on prescription drugs. High drug costs place a heavy burden on governments and families, and even worse, patients are pushed into nonadherence which means a patient skips medicines or does not fill the prescription. ‘Right to life’ is a fundamental right of human beings, so the high drug costs problem is a vital ethical issue that needs to be solved by the governments, the pharmaceutical industry, and society as a whole.

The pharmaceutical companies attribute high drug prices to research and development costs. According to research, developing a new drug can cost $2.6 billion on average; however, it would take no less than 15 years of sales to recover costs. The term of patent is 20 years; when a drug goes off-patent, competitors can produce the generic version, which would reduce the competitiveness of the original company. Pharmaceutical companies have invested heavily in drug research, so they need to recoup the costs and invest in new researches. From the perspective of pharmaceutical companies, the cost of innovation results in high drug prices. Due to the high drug prices, many patients are struggling to afford drug treatments; even some of them cannot afford and end up dying.  According to a survey, fourteen percent of patients gave up filling the prescription due to high prices. For example, insulin is a life-saving drug in diabetes treatment. However, in the US, insulin price has sharply increased by 270% during the past ten years, and many diabetic patients died from unaffordability. Affordability is not only a matter of economics but also a matter of survival. Therefore, it is imperative to reduce drug prices.

One way to solve this problem is that governments allow domestic companies to produce biosimilar versions of the drugs that are still under patent. For instance, Glivec, which is a specific medicine for leukemia, costs up to $50,000 per person per year. The patent application for Glivec was rejected by the Indian Supreme Court. As a result, Glivec is not patented in India, so drug manufacturers in India can produce and sell generic legally at a low price. The generic version has the same composition and the same clinical benefit as its brand-name one, so this is a simple and effective way to reduce drug prices. In addition to Glivec, many generic drugs are produced and sold at affordable prices in India; as a result, many people in the world go to India to buy the drugs they need. These actions are regarded as threats to creativity, but “in exceptional circumstances of unjust laws, ethical responsibilities should supersede legal duties” .

In addition to this unorthodox way, insurance companies could help patients reduce financial burdens. They can negotiate with pharmaceutical companies for a discount so insurance companies can afford the drug cost wholly or partially. For instance, in 2019, China has added 148 drugs to the basic medical insurance schemes. However, the costs borne by the insurance companies will eventually be passed on to the policyholders, so this is not a fundamental solution.

The most fundamental solution is to reduce drug prices directly. Pharmaceutical companies have huge profits, so they should lower their drug prices. For example, Pfizer, the world's largest pharmaceutical company, made a 42% profit margin in 2013. It is reported that the average profit margin of most pharmaceutical companies has an increasing trend from 2006 to 2015. Though making money for the shareholders is the ethical principle of a company, corporate social responsibility is also essential for businesses, especially for medical businesses. It is pharmaceutical companies that produce drugs, so fulfilling corporate social responsibility is an unavoidable ethical obligation for them. However, few companies are willing to reduce profits voluntarily. The drug pricing is not transparent, so the pharmaceutical companies select prices in the interest of themselves. Therefore, governments should enact regulations to make pricing policies transparent. According to a report, in California, pharmaceutical companies are required to provide data to support their pricing and to explain the reason for raising prices, which would allow the state save about $393 million per year in medical expenses by 2023. German, the European Union, and Canada have also enacted related regulations. Breaking down the vested interest is a tough task, so there is a long way to go.

In sum, as part of the medical industry, the pharmaceutical industry should take ethical responsibility. On the premise of ensuring research expenses and reasonable shareholder profits, they should reduce their drug prices. Regulations should force them to act. Desperate times call for desperate measures. Generic pharmaceutical companies and insurance companies need to act first to help patients in need. Life is first, so society as a whole should strive for affordable drug prices.