The Economic Impacts of COVID-19[EP.2] 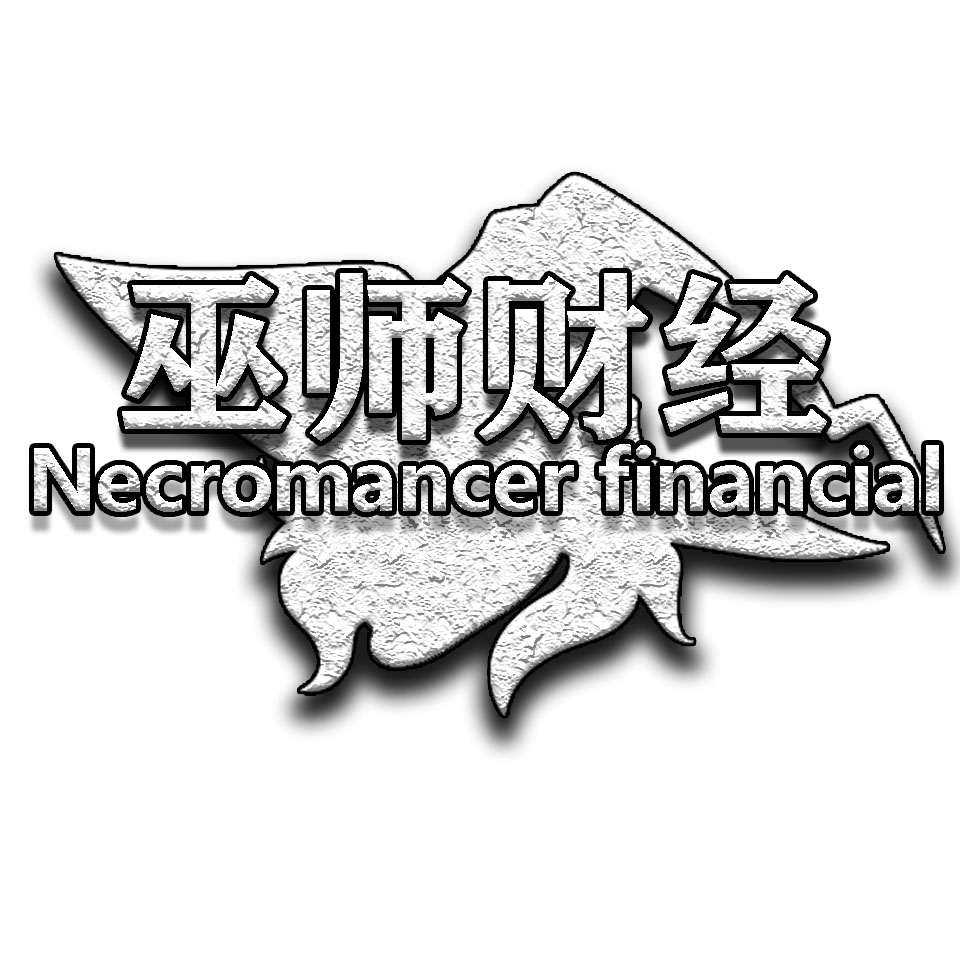 Now let’s look at some gaming stuff. The gaming industry, especially mobile games, enjoys a wave of rapid growth during the epidemic. Glory of Kings has an average of 120-150 million active users per day during the Spring Festival. That is one tenth of the entire Chinese population! On New Year's Eve, the transaction was over 2 billion in a single day. Other games have shown similar data on rising users. Comparing data from 2018 and 2019, it can be seen that during the Spring Festival holiday the proportion of time consumed for mobile games increased rapidly, from 8.2% to 10.9%. I expect this number will increase further during pharmaceutical bio sector. Let’s look at the game downloads as well. According to Qimai’s data, TOP10 games on the IOS list are basically either Tencent Game or NetEase Game. Glory of Kings and PUBG continue to dominate the market.

In addition, the outbreak is good for online education platforms as schools are delayed due to epidemic situation.

Then let’s talk the industry that I personally care about the most- finance.

2019-nCoV will have temporary impact on the fundamentals of banks.

1. Banks' would pay a considerable cost for the aid on credit that was given out

For example, cutting interest rates and fees for enterprises in epidemic-stricken areas.

2.Delayed resumption of work by enterprises, people staying in their homes lead to a decline in effective credit demand in Q1, which would slow down the bank's quarterly report expansion and revenue growth.

3.The epidemic causes pressure on the economy and interest rate would be forced to fall. The trend of narrowing interest margin of the banks will continue.

4.The credit quality of bank’s assets would deteriorate. Those companies with unhealthy cash flow as mentioned above maybe struggle to repay.

In short, the banking system cannot be unaffected when the whole economy is facing a crisis. Banks have to suffer some losses in order to keep the systems going for the longer term.

We now look at the securities market.

From the chart in 2003, both A shares and Hong Kong stocks have experienced panic crashes after the outbreak, and then gradually climbed back. A shares plunged form April 16 to May 9, 2003. After that it traded in a range.

Let’s take a look at bonds as well. China's 10-year Treasury yields fell from April to May 2003, then it bounced and start to rise in June. Overall and the fluctuations were not too much.

During SARS in 2003, the monetary policy was generally safe and sound.

The central government did not cut interest rate. It was probably because we just joined WTO and the economy was growing rapidly. Surplus occurred in both the current, capital, and financial account of the BOP. These was also a large amount of inflow of foreign investment.  On the contrary, at the current crisis, the impact of epidemic will lead to looser monetary policy. A few days ago, the central government reverse repo invested 1.7 trillion yuan in order to provide liquidity. But in my opinion, it’s not just liquidity that was released, but also confidence. Especially now in a special stage during the epidemic, there are still a lot of people staring at us saying the market is going to crash. Of course, the rising momentum of our economy as a whole cannot be compared with 2003. The market is still relatively fragile. I expect the central government to continue adding liquidity to the market.

The current outbreak also had a great impact on international commodities, including copper, iron, aluminum, steel, oil, etc. I will mention two of which have greater impact—oil and copper During SARS period in 2003, domestic gasoline consumption growth rate declined by 8%and the growth in kerosene consumption dropped by 40%.

The growth rate of overall oil demand fell from the 10% to 3%.

Global outbreak and declining demand raised tons of concerns, causing international oil prices to fall sharply by 28% from $33.9 per barrel. Global oil consumption growth rate also dropped from 2.5% to 1.5%. Today, the proportion of China’s domestic consumption in the global market has doubled from 6.9% to 13.4%. Therefore, it is reasonable to believe that the blow to domestic consumption will have a more profound impact on the international market now.

The next one is copper. LME（London Metal Exchange）copper prices entered the downward trend even before Chinese New Year. It fell from$ 6200 / ton to $ 5560 / ton. Copper is closely related to macro economy as it is widely used in the fields of electricity, construction, and home appliances. Construction copper accounts for 21% of copper’s end demand. Due to the epidemic, the resumption time of construction sites are being delayed. So, the demand for copper for construction is limited in the short term. Besides, the demand for copper in home appliances accounts for 17%. Affected by panic, export of copper appliances would be affected. Since we are here let’s talk about foreign trade, according to 2003 import and export data both imports and exports suffered during the SARS period. And imports were struck harder than exports.

In other words, China was still selling out, for less amount. But suddenly China was not buying much. In fact, it’s the same pressure on consumption. As a result, we can only speculate that imports will decrease this year.  As for the exports, it would be affected since WHO labeled the outbreak as 【Public Health Emergency of International Concern】.

At this time, some media are already using terrible terms like【Economics blockade】【Travel prohibition】【Isolation of China】,trying to sell more by taking advantage of public fear.

Actually, the official WHO word was, based on available information, the commission does not recommend any travel or trade restrictions. And under the International Health Regulations, no nation should take actions that would promote insult or discrimination.

Judging from several other cases identified by WHO as PHEIC, including the H1N1 swine flu in Mexico and the United States in 2009, wild poliovirus in 2014 (mainly in Afghanistan, Cameroon, Equatorial Guinea), Ebola outbreak in West Africa in 2014 and so on, the impact on exports was not significant. Being labeled as PHEIC works more like a symbolism rather than having much actual influence.

Yet, the procurement department in some regions might reduce or temporarily stop buying

from China just in case. This is still an ongoing situation so we can only judge along the way.

If there is severe deterioration, other countries may take further measures against us that hurts foreign trade.

Till my preparation of this video, although some countries have adopted measures that limit the entry of Chinese citizens, there are no obvious coercive measures in trading yet. However, the core influence of epidemic on foreign trade is not just on export. The major impact of the epidemic on foreign trade focus on the status of the international supply chain. Our manufacturing industry plays an important part of the global supply chain. The epidemic delays return to work date and reduces productivity. This continues to damage on our importance in the global supply chain. The ceasing of the supply of Chinese parts has caused some Korean car companies to suspend or reduce production. It also affected groups of manufacturing companies that rely on Chinese-made parts among United States, Russia, Germany, etc. China's Supply chain is globally embedded. If the chain was loosened and companies are forced to use backup bases in other countries, such as shifting production capacity to SouthEast Asian manufacturing industry, then the impact of the epidemic on foreign trade will become irreversible and long term.

Unfortunately, the current supply chain crisis was seen as an opportunity by American politicians. U.S. Secretary of Commerce Wilbur Ross spoke in an interview earlier. Claiming this epidemic will help manufacturing industry to return to the U.S. One of Trump's most important promises in his campaign was to bring jobs back to the U.S. Of course, he was widely condemned after making such a statement. But we can’t ignore the possibility he mentioned.

Looking back at the SARS period in 2003, the labor market sentiment declined significantly in the second quarter. Growth in demand for tertiary industries was affected the most by the epidemic. There was a sharp drop of nearly 40% from the previous quarter. I have proved that tertiary industry is taking up a huge portion of the market thus the decline in labor demand this year will be even worse. To put it plainly, restaurants, KTVs, barber shops, car washrooms, hotels, etc. Offline venues will stop recruiting and start to cut off. The decline in the demand for labor also inhibited the rate of rise of residents' wages. In Q2 of 2003, the cumulative disposable income of urban residents decreased by 1.8 percentage points from the previous quarter. That is, the income of residents has slowed down and could not catch up with the epidemic.

So, when will employment and income return to normal levels? Based on what happened in 2003 SARS, employment rate, labor demand, and household income growth all recovered in March 2004, which was 9 months after the epidemic ended. But now China's economic environment is relatively fragile. So, the data from 2003 was merely a guideline.

This video may have turned out to be a bit too academic, full of data and statistics. However, for such a big proposition, this kind of cliché and seriousness, even boring stuff, is quite necessary. Meanwhile, we should all be alert with the insight of unrealistic theories, inside information, conspiracy theories, and empirical assumptions. The epidemic does influence the economy, but we are also orderly trying to support and adjust. After the epidemic, the economy is likely to return to normal. We refuse to believe that the market is going to crush next week but we also don’t want to be blindly passionate and optimistic.

What is economy after all? It’s the boring data, the frigid formulae. It’s also the wealth of nation and the numerous touching story of each families. But after all—it’s faith, it’s hope.

I will make a video on economic crisis later in the days, either on the Japan one or the South-East Asia one. I mainly want to show you what could happen when people lose faith and hope.

We have witnessed the dedication of medical workers, as well as the whole nation united together to fight this invisible enemy. Donations and supplies came from all over the world and volunteers demonstrated impressive efficiency.

We have also seen so many negative news. Doctor Li WenLiang passed away. The saddest thing was that when I looked up his Weibo, I found out that he followed me long time ago (this is for you in Heaven R.I.P).

I just wanted to say that, epidemic shakes the economy. At the same time, the dark side of the epidemic also tests the fairness and justice of our society. I hope the questions that was exposed this time will be eventually answered. Death is not the end, being forgotten is.

You may be just a glimmer of fire in the gigantic chain of economy. But it is each and every one of the down-to-earth gleams of fire that drives the rotation of huge economic machines.

That, is the ultimate force that bolster the Chinese economy.