Task 2 雅思范例9(Working from home should be encouraged？) 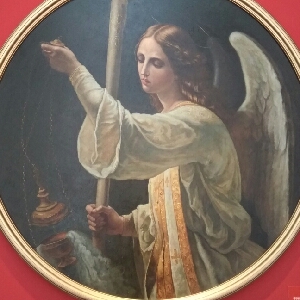 You should spend about 40 minutes on this task.

Write about the following topic:

Computers and modems have made it possible for office workers to do much of their work from home instead of working in offices every day. Working from home should be encouraged as it is good for workers and employers. 计算机和调制解调器使办公室职员们在家就能完成一大堆工作，而不用每天在办公室里上班。应该鼓励在家办公，因为这对雇员们和雇主们都有好处。

Do you agree or disagree?

office worker ——noun [ C ] a person who does their job in an office rather than in a factory, etc. 办公室职员

Office workers are seated for much of the day and have few opportunities for activity.

Also, because, The first is that, For example, Secondly, Finally, In conclusion, since, such as, while, On the other hand, A further point is that

In recent years the vast expansion of information and communications technology has made teleworking much more practical. Although in many cases office workers could be made geographically independent by using modems, faxes and cell phones, few companies or employees take full advantage of this possibility.

the vast expansion of information and communications technology 信息和通讯技术的巨大发展

teleworking ——noun [ U ] UK  (also telecommuting) the activity of working at home, while communicating with your office by phone or emai 远程办公（在家工作，通过电话或电子邮件与办公室联系）

There are a number of strong arguments in favor of allowing workers to work from home. Firstly costs for employers would be reduced because businesses would require less office space, which is often situated in the center of large cities. Secondly, worker's lives would be improved in a variety of ways. For example, they would not need to travel to get to work, which would give them more free time. Also, they could combine their work with their family life, which is a major advantage if they are parents of young children or they have old people to look after.

Are you in favour of a ban on smoking?你赞同禁烟吗？

I'm not in favour of hitting children.我不赞同打孩子。

combine their work with their family life 同时兼顾工作与生活

On the other hand, traveling to a centralized workplace also has a number of points in its favor. The first is that many employees would miss the social aspect of work such as seeing colleagues and meeting customers. A further point is that employers would need to be able to trust their workers to work at a high standard and finish their work on time, since supervising teleworkers is even more complicated than supervising workers in the same office. Finally, working from home might inhibit teamwork and creative work and so perhaps so only really suitable for people doing routine office work.

I decided not to go, for a number of reasons. 我决定不去，有几个理由。

This candidate has a lot in her favour, especially her experience of teaching.这位求职者有很多优势，尤其是她执教的经历。

the social aspect of work 工作中的社交环节/层面

This drug inhibits the growth of tumours. 这种药可以抑制肿瘤的生长。

In conclusion, I believe that while many workers welcome the opportunity to go out to work, others would find the chance to work from home very convenient. Where possible, I think workers should be offered the choice, but not forced to work from home unless they wish to.

You're not available on the 12th and Andrew can't make the 20th - so where does that leave us?你12号没时间，而安德鲁20号不行——那我们还能选哪个时间呢？

Where do you see yourself five years from now?你觉得自己5年之后会是什么样？