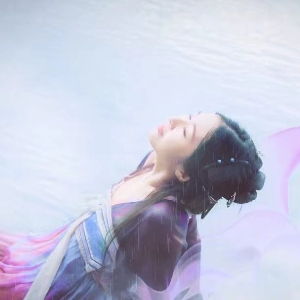 Ever since I was a girl my own mother vowed

I must find the way to power through a noble brow

I married once for love then my senses came

I must marry for the stature of my husband’s name

I knew what I had to do

And my poor husband fell ill in a year or two

His doe-eyed little girl with gentle point of view

Would I ship her off to school?

No! I told her if she stayed that she’d have to earn her keep

And so she became the maid

She was talking to the mice!

She was hopelessly naive, so she had to pay the price

I could have thrown her out, but I’m benevolent and kind

Mother, your heart’s too big for you

I knew what I had to do

After all, difficult children will take advantage of your good nature.

So you lock them up,

Throw away the key!

There’s one on every family tree

Vile too! The things she put you through!

Break their spirit so they obey!

Now they’ll do anything so say

Maybe you’d call it cruel but

Others would call it love

I ask you, is it a crime to strive for perfection in all things?

Oh no, they’re so cute when they’re little but then they grow up and just

Life was better on my own

All the screaming, nagging chilled me to the bone!

But then one day I came across a flower growing free

it’s magic kept me young, so I kept it all for me!

But someone dug it up now the baby held the power

So I “borrowed” her and locked her up and hid her in a tower!

The sacrifice and against my better judgment, I fed her once or twice

Teenagers now I know I wild eat their young

A little guilt, a lot of force, of course you have to lie

Remind them that without you, they’d shrivel up and die!

They only have themselves to blame!

If you’d been there, you’d do the same

So work them hard ’til they fall in line

There’s one way and it’s only mine

But we knew what to do!

Govern them with a heart of stone

Lock them up so they’re all alone

Maybe you’d call it cruel but,

Others would call it love, tough love!

Ugh! Her own tower with a water view

and she runs away the first chance she gets!

These wretched brats think the world owes them something

Far and wide I rule the kingdom with a heavy hand

But there was more I had in mind a greater plan

I never cared to share, so the king would have to fall

She was chubby, she was dumb and grotesquely optimistic

She need structure in her life! She wasn’t realistic

But then I caught her singing songs with birds and then a boy!

Love? Was I just sit by and wait?！

For her to take my crown? no!

She had sealed her fate!

She had to go, and so she did and you know that they say

“an apple once a day keeps your enemies away”

Don’t be fooled by their tender smile!

Give an inch and they”ll run a mile!

Our idea of a happy home

Is one where we live all alone!

Now let’s all drink to that！

Call us “wicked” and call us “mean”

“cruel” and everything in between.

You could say it’s unjust

Turning their dreams to dust

This is what we call love